Australian Shiraz made a huge impact on North America in the early 2000s.  I remember working as an assistant bar manager in 2003, and we could not keep up with the demand for Australian Shiraz amongst our diners.  Shiraz is quite the crowd-pleaser with its sweet jammy flavours of blackberry, plum, raspberry and cherry.  The hints of vanilla, smoke and chocolate made it a popular patio night wine with grilled BBQ as those flavours complemented the grill marks on the beef. 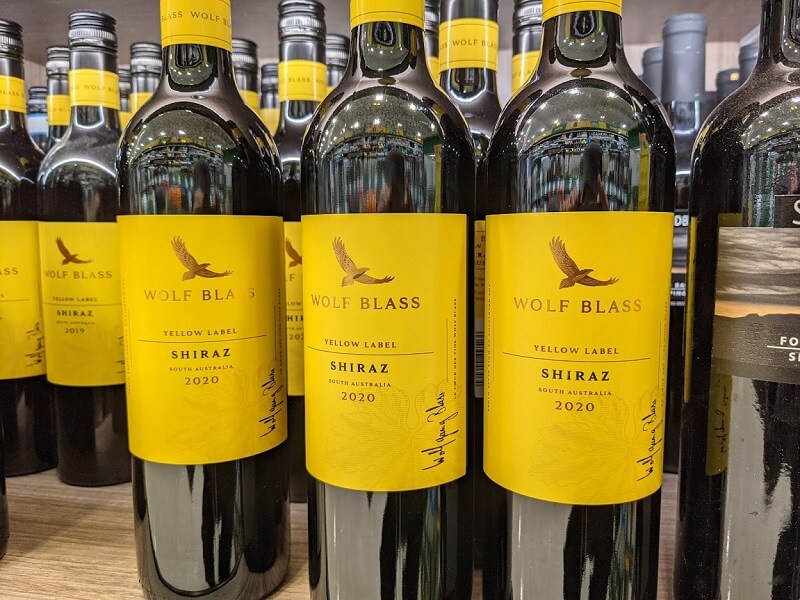 Shiraz can be priced low or incredibly high.  The more oak ageing the wine sees, the more expensive it will become.  With expensive Shiraz, expect bolder flavours of fruit, vanilla, dark chocolate, eucalyptus, herbs, and plum.  Also, expect a higher alcohol content.  Expensive bottles can also be aged for decades.  For expensive and aged bottles of Shiraz, you’ll want to pair it up with full-flavoured meals such as Rib Eye Steak, Prime Rib, or a rich Venison Stew.

What’s the Difference between Shiraz and Syrah?

In California and France, Shiraz is called Syrah.  Both Shiraz and Syrah will display fruity flavours of blackberry and raspberry along with Black Pepper.  However, Syrah is less fruit-forward, more earthier and gamier in its flavours compared to Shiraz.  With Syrah, expect flavours of meat, game, bacon fat, tar, olives and herbs.  I will do a separate blog on Syrah at a later time.  For now, anything listed below that pairs with Shiraz will also pair with Syrah.

Shiraz, due to its fruit-forward nature, is a bigger crowd-pleaser in North America than Syrah.  Australian Shiraz also has way better marketing, as many bottles feature vibrant colours and cute animals that make it Instagramable or fun to bring to a party.  French Syrah is less approachable due to its old-world labelling where the region, such as Hermitage, St. Joseph, or Cornas, appears on the label and not the grape.

A rich and velvety Shiraz is perfect with grilled Venison served at the hunting lodge, cottage, or on the backyard grill.  Venison is leaner than beef and can dry out when cooked, so the jammy flavours of blackberry, cassis, cherry and plum offer ample refreshment in situations like this.  The fruity flavours also mask the gamy flavours of the Venison.

With Shiraz, you’ll also get amazing notes of smoke, black pepper, vanilla, and dark chocolate which complement the grilled flavours of your deer meat.

Given that there are nearly three times the amount of sheep living in Australia than people, it’s no surprise that Shiraz pairs so well with lamb.  Lamb is a fatty meat that packs a lot of flavour, allowing it to hold up to the rich flavours of a jammy Shiraz.  For a roasted Lamb Shoulder, bust out those expensive bottles of Shiraz, where the herbal notes will complement the crust of the Lamb Shoulder.

For every day fare like lamb burgers, lamb gyros, lamb ribs, lamb chops or lamb souvlaki, a fresh and reasonably priced Shiraz will be incredibly delicious.  Not everyone appreciates the gamey flavours of lamb, and the jammy flavours of Shiraz help mask this unique flavour of lamb.  Meanwhile, with Shiraz, you’ll get hints of eucalyptus, herbs, black pepper, smoke and dark chocolate, which all complement Lamb dishes that are barbecued, grilled, braised, or roasted.

Shiraz is amazing with barbecue as the dark chocolate, vanilla and smoke flavours of the wine complement the seared flesh of the steak.

For your average steak, like a top sirloin, petite filet, bottom round, strip steak or skirt steak, a medium-bodied Shiraz works well.  The refreshing flavours of blackberry, plum, raspberry and blueberries offer a nice contrast to the meatiness of the steak. Meanwhile, the complementary flavours of black pepper, dark chocolate, herbs, and tobacco bring out the savoury notes in the steak.

For fattier cuts of steak, such as Ribeye Steak, you’ll want a heavier Shiraz, where the bolder flavours of blackberry, raspberry and jam hold up to the juicy flavours of this hefty steak.  Keep those expensive bottles of Shiraz away from leaner cuts of steak, like Filet Mignon, as the bold flavours of the wine will crush the steak’s delicate flavours.

I give this pairing 4 out of 5 stars as the pairing completely depends on the style of Shiraz, the cut of beef and how the steak is prepared.

It might seem odd to pair Shiraz with lighter meat like Chicken, but with Tandoori Chicken, it totally works. Tandoori Chicken, once marinated and cooked, has exceptionally deep smoke and spice flavours that allow it to be combined with red wines that would normally overpower chicken.  Thus, an everyday drinking Shiraz, which is low in alcohol and features medium tannin and acidity, works brilliantly with Tandoori Chicken.

Shiraz’s delicate smoky character, combined with its peppery backdrop, pairs beautifully with Tandoori Chicken’s smoky and exotic spices. Meanwhile, the jammy raspberry and blackberry flavours serve up a refreshing contrast to the dish.

This pairing won’t work with Tandoori Chicken that is spicy hot.  The alcohol content, plus the medium tannin in Shiraz, will make the hot spices burn fiery hot.  For spicy hot Tandoori Chicken, stick to an off-dry Riesling, sparkling wine, or Indian Pale Ale.

Do note, that Shiraz should only be paired with Tandoori Chicken that is not spicy hot. The alcohol content, plus any tannin in the wine, will burn your mouth further when paired with heat.

Cottage Pie is similar to Shepherd’s Pie, except instead of lamb, it uses another meat such as beef, venison, game, or pork.  Otherwise, all the other ingredients remain such as root vegetables, corn, peas, gravy, herbs and the breaded crust or mashed potatoes Cottage Pie is served with.

Shiraz works with Cottage pie due to its smoky black pepper and herbal flavours, which complement the gravy and root vegetables.  The medium-tannin and medium-acidity allow for Shiraz to be food-friendly enough that it holds up to the flavours of the meat but won’t overwhelm all the other ingredients in your Cottage Pie.  Finally, the jammy flavours of blackberry, raspberry and plum offer up plenty of refreshment against the savoury flavours of your meat pie.