An oaked Chardonnay is a full-bodied white wine with lots of delicious flavours of butter, coconut, vanilla, and toast.  The vanilla and toast notes complement anything grilled, while the buttery flavours are perfect with dishes containing butter, such as Popcorn, Egg Dishes, Escargot, Lobster, and anything in a Cream sauce.  Meanwhile, Chardonnay has plenty of refreshing flavours of apple, lemon, peach, and pineapple that add a little zest to the meal.

With Chardonnay, the level of oak and butteriness can range from zero to intolerable and fake.  With my blog pairings, I’m looking at Chardonnay that falls somewhere in the middle as it is the most popular style of Chardonnay that you’ll see on shelves.  Here the buttery, vanilla, caramel and nutty flavours will be in balance with the fruit flavours.  The majority of oaked Chardonnay comes from California and Australia, although you’ll find Chardonnay produced all over the world.

Is Chablis a Chardonnay?

Yes, Chablis is a Chardonnay, except it is typically unoaked and it is made in a specific region of France.   Chablis is crisp, chalky and tart with notes of green apple. For unoaked Chardonnay pairing recommendations refer to my blog on Chablis.

In France, you’ll also find White Burgundy, which are rated as some of the greatest Chardonnays ever.   I will expand upon White Burgundy further on in other blogs as I feel it requires very different pairings than your typical California or Australian Chardonnay.

There are many fantastic Chardonnay bottles on the market, and there is also a lot of crap.  As oaked Chardonnay is popular and oak barrels are expensive, many mass-produced Chardonnay brands often experiment with cheaper wine-producing methods to deliver a less superior wine.  These methods could include bathing the wine in oak chips or adding artificial flavourings of vanilla or butter.  My recommendation is to pay about $25 for a good bottle of Chardonnay until you figure out what you enjoy the most.  Anything $15 or less will probably be fake, artificial and not worth drinking. 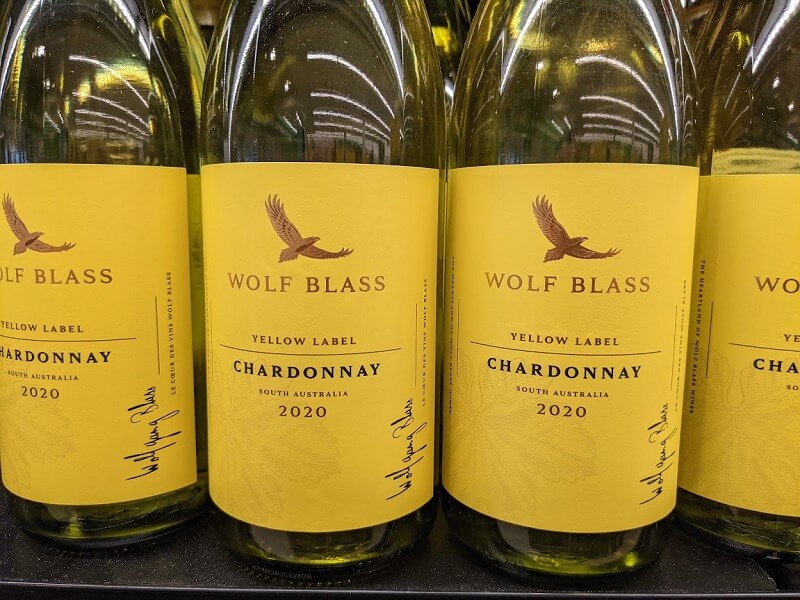 Corn on the Cob and Chardonnay Pairing

A holy grail of wine parings! The buttery flavours of an Oaked Chardonnay are spectacular with corn on the cob.  The buttery notes of the wine complement any butter on the corn, while the wine’s tropical and apple flavours offer refreshment against the fat, salt and starchy corn flavours. Both the wine and the Corn in the Cob bring out the best in each other as the wine highlights the corn’s sweeter flavour while the salt on the corn on the cob makes the Chardonnay taste more vibrant.

If you grill your corn on the cob after boiling it, the oaky, smoky and vanilla flavours of Chardonnay will complement your meal even further as they’ll saddle up beside the charred marks effortlessly.

Bonus tip, Chardonnay is exceptional with all things made with corn, such as Popcorn or Cornbread.

Chardonnay is an easy-drinking white wine that provides just the right level of juiciness to contrast the neutral flavours of your Roasted Chicken.  As Chicken can often end up being dry, Chardonnay’s lemon, pear, mango, pineapple and apple flavours serve up a refreshing balance.  Chardonnay’s vanilla and buttery flavours are exceptional with the crispy chicken skin.  Meanwhile, you’ll find a touch of smokiness in Chardonnay that complements the roasted flavours of Roasted Chicken.

For similar reasons, Chardonnay is exceptional with turkey, and other light meats like swordfish pike, shark and trout.

Chardonnay is my favourite wine pairing with Perogies.  The buttery flavours of an oaked Chardonnay complement the cheesy and potato stuffed Perogies making for a rich and decadent pairing.  The vanilla, coconut and toasty flavours will impart additional flavour regardless of if your Perogies are boiled or fried in butter.  The nutty flavours of Chardonnay also work beautifully with the Pierogi floured shell.  The full-bodied nature of Chardonnay also complements any sour cream dolloped upon your Perogies.

Should you serve fried onions and bacon with your Perogies, Chardonnay won’t complement those ingredients but instead offer a refreshing contrast with its bright pineapple, lemon, mango and pear flavours.

A full-bodied Chardonnay is the best wine pairing with Alfredo Sauce as the creamy texture and buttery flavours of the wine complement the richness of the Alfredo sauce. Meanwhile, Chardonnay’s crisp apple, pear and lemon flavours will cut through the sauce and highlight the nutty pasta flavours.  Chardonnay also features nutty flavours that complement the nuttiness found in fresh pasta and parmesan cheese.

Once again, lean towards a mid-range oaked Chardonnay in terms of buttery flavours.  Chardonnay that is too buttery can often taste rancid and is undrinkable.  Or the wine can come off as way too sweet if it is loaded with fake vanilla flavourings.  Chardonnay should never smell like a scented candle.

The rich and creamy flavours of an oaked Chardonnay complement and enhance the decadence of the lobster bisque, leaving your mouth in heaven!  Furthermore, the tropical fruit, pear and apple notes rush in and deliver a refreshing hit of brightness with every sip.  The rich, salty, and bold flavour of Lobster Bisque can sap your taste buds after a couple of spoonful’s.  Fortunately, Chardonnay’s medium-acidity is ample enough to cut through the Lobster Bisque’s richness and reset your taste-receptors.

Chardonnay is excellent with all manner of seafood you’d add butter to, including Crab Cakes, grilled Monkfish, Dover Sole, Mussels, and Scallops.

Finally, and oaked Chardonnay is also excellent with other soups that contain heavy amounts of cream and butter such as Clam Chowder, Corn Chowder, Potato Leek Soup or Butternut Squash Soup.  The rich and toasty body of the wine complements the creamy and silky texture of the soup.  Meanwhile the ying and yang of the butter, nut, smoke of Chardonnay contrasted by the apple, peach and citrus flavours complements and contrasts each spoonful of soup adding a lot of intrigue and excitement to the pairing.